Although they look and function similarly, drilling and milling are two very different actions. Drill presses are used to cut through metal, wood, and other tough surfaces. However, milling machines only cut through metal.

Drilling cuts into a surface vertically, while milling does the same with the added bonus of cutting horizontally with the side of the bit. You can use either a drill press or a powered hand drill for drilling, but milling is only done with a milling machine. 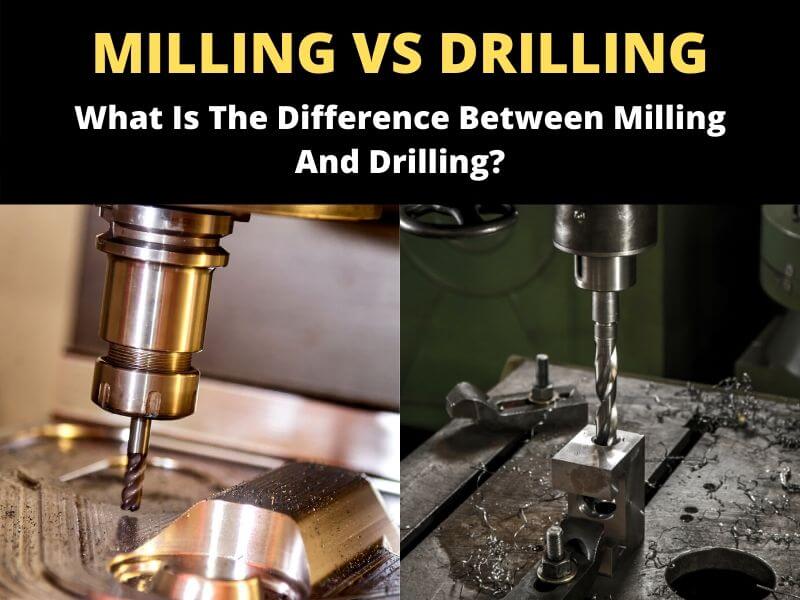 Throughout this article, you’ll also learn the following advice:

The Differences of Milling Machines and Drill Presses

If you’re new to the industry or you’re trying to figure out which machine you should use for your next project, you’re in the right place. The primary functions are alike, and both of them can be useful for a variety of situations. There’s no doubt that you’ll have more than enough possible projects regardless of which you choose.

Without further ado, here are the six main differences between milling and drilling:

The Pros and Cons of Each Machine

Some people prefer one over the other, and for good reasons. Milling machines might seem like an obvious choice, but we haven’t gotten into the negative aspects of these tools. Drill presses are classic, easy to use, and they last much longer since they’ve been used and recreated for so long.

Here are the pros and cons of each machine:

Pros of Drills and Drill Presses

Cons of Drills and Drill Presses

Whether you’re choosing a drill press or a milling machine, both of them are excellent investments. The usefulness is boundless, especially if your job requires you to use one of them on a daily basis. Cutting horizontally and vertically is very useful, but it’s not always necessary. With the information found throughout this article, you can make the best choice for you.