One reason ladders seem expensive is that there are so many different kinds. It’s not like a hammer or even a power drill — both of which are essentially simple machines with few features to differentiate them.

The price of aluminum and the manufacturing process make ladders expensive. The recent construction boom has demanded a lot of ladders which has led to prices going up as ladders require expensive material and involve complex manufacturing.

Aluminum is the main component in most ladders, and the Chinese have bought up a lot of it (at least for now). This is why the aluminum prices have risen, and the price for ladders has increased as well.

In this article, I will talk about why ladders cost so much and provide more information on why aluminum is so expensive.

Why Ladders Cost So Much?

Ladders are a commodity product, so they have been particularly susceptible to price increases. But like other commodities, ladders are also subject to inflation and currency fluctuations.

The cost of ladders depends on the materials used to make them as well as their quality.

For example, a step stool will be much cheaper than a telescoping extension ladder because it’ll most likely be made out of thinner aluminum and fewer parts.

Besides, the manufacturing process for an extension ladder is much more complex than that of a step stool.

In the past decade, the price of ladders has gone up by more than 50 percent with the average cost ranging anywhere between $200 and $300.

This high cost is fuelled by a construction boom that has driven up the cost of everything, from steel to shipping.

Ladders remain a niche product despite their ubiquity, with relatively few manufacturers competing in the business.

Ladder manufacturers are still trying to recover from the housing bust and recession, which devastated the industry and had ripple effects throughout the rest of the economy.

Below are some of the reasons why ladders cost so much.

1. They’re Made of Aluminum

The price of aluminum and steel has increased substantially in recent years because of a construction boom in China.

In particular, steel demand is growing as China rebuilds after decades of low-rise construction.

As urbanization accelerates in China and India, industry analysts expect demand for all types of metals — including aluminum — to rise significantly over the next two decades.

This is important because ladders are primarily made out of steel and aluminum.

Aluminum is lighter thus makes the ladders easier to carry and transport.

Aluminum is not an abundant metal. It only makes up about 8% of the earth’s crust. Aluminum is also one of the most chemically reactive metals which means that it does not occur in its pure (elemental) form.It always occurs in a chemical combination with other elements, usually oxygen and silicon.

The metal has to be refined out of these compounds before being used in any kind of manufacturing process.

Aluminum extraction was not possible until 1825, when Hans Christian Oersted discovered aluminum chloride. This is a compound that could separate aluminum from oxygen (and silicon).

The primary source for this compound was bauxite, an ore containing alumina, a compound made up of aluminum and oxygen.

Bauxite is mined from various places worldwide but most notably from Australia and Brazil.

Once bauxite is mined, it has to be transported to a refinery, where it goes through several stages to extract aluminum.

Another reason why ladders are expensive is because of a process called extrusion. Extrusion is a type of costly casting done with aluminum materials.

Unlike other methods that begin with a solid piece of material and remove portions to create the desired shape, the extrusion starts with a softened or liquid form forced through a mold to form the final product.

This can be seen in everything from pasta to Play-Doh, but the process is most often used with aluminum because it can be used to create long pieces that are still lightweight and durable.

Aluminum products made through extrusion tend to have much more complex shapes than those made through other processes. This is because the molds don’t have to be disassembled to remove the finished product, as they do with casting or machining processes.

3. The Ability To Fold 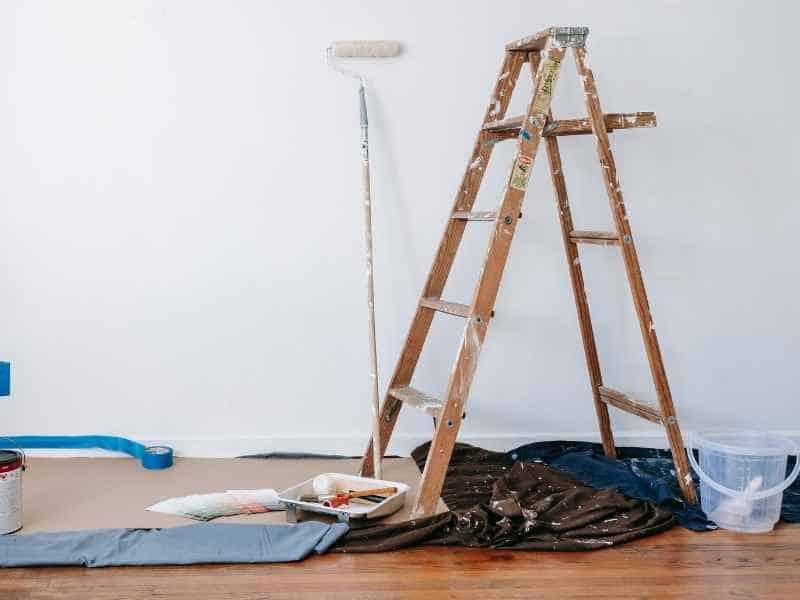 Ladders are one of the most beneficial equipment, but they’re also notoriously difficult to transport and store.

They take up too much space, and every time you move them, there’s a chance of damaging something nearby or even yourself.

This is why most ladders fold, including simple step-ladders and elaborate scaffolding systems.

The ability to fold your ladder for storage is a highly desirable feature, so much so that it can make the difference between a cheap ladder and an expensive one. 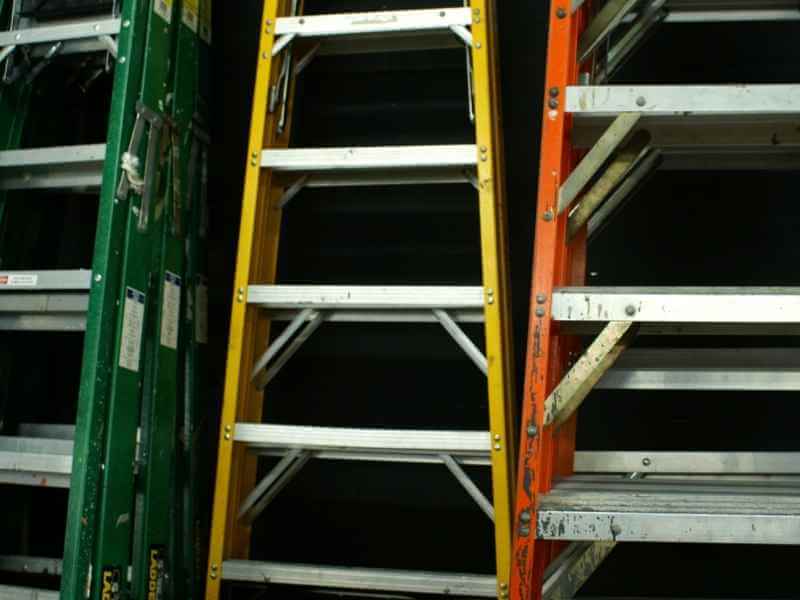 A ladder has to support its weight, plus the weight of whoever is using it. It also has to be able to withstand varying forces.

Think about when you’re climbing up a ladder with your tools — that’s a whole lot more weight than just your body weight on its own.

And then think about when you lean over slightly at certain angles or on certain surfaces — again, the forces on the ladder change.

5. They Are Designed for Specific Use

Ladders are designed for different purposes, which may require very different designs (and pricing).

6. They Are Designed for Safety

Hence, the designs have to be tested repeatedly by putting them in real-world situations (i.e., with people climbing them) to ensure that they don’t break or collapse when in use.

These two factors — design complexity and product testing — tend to increase costs slightly compared to other items where cost isn’t a big concern.

Many different factors have contributed to the high price of ladders, and as such, this is not an easy problem to fix.

The good news is that prices have begun to come down as the demand in construction has diminished. This situation should continue as we get further into a recovery period.

Of course, ladders will never be a cheap purchase, but they are somewhat inexpensive compared to many other construction equipment.